What can be better than a story about Pompeii? 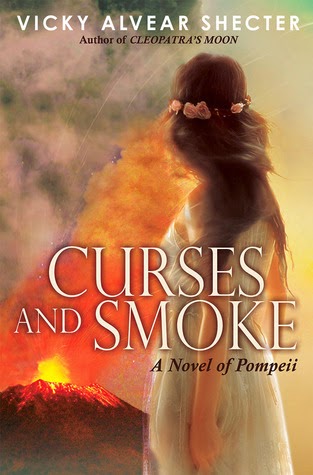 When your world blows apart, what will you hold onto?

TAG is a medical slave, doomed to spend his life healing his master's injured gladiators. But his warrior's heart yearns to fight in the gladiator ring himself and earn enough money to win his freedom.

LUCIA is the daughter of Tag's owner, doomed by her father's greed to marry a much older Roman man. But she loves studying the natural world around her home in Pompeii, and lately she's been noticing some odd occurrences in the landscape: small lakes disappearing; a sulfurous smell in the air. . . .

When the two childhood friends reconnect, each with their own longings, they fall passionately in love. But as they plot their escape from the city, a patrician fighter reveals his own plans for them -- to Lucia's father, who imprisons Tag as punishment. Then an earthquake shakes Pompeii, in the first sign of the chaos to come. Will they be able to find each other again before the volcano destroys their whole world? 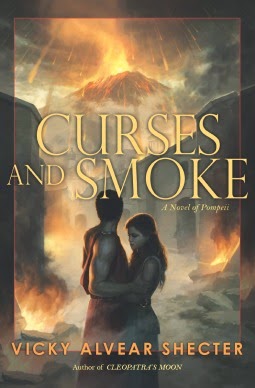 (above is an alternate cover...picture from Goodreads) 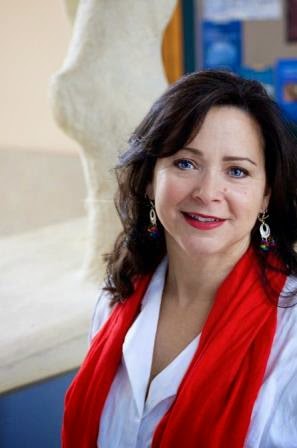 Vicky Alvear Shecter is the author of the young adult novel, CLEOPATRA’S MOON (Arthur A. Levine Books/Scholastic, 2011), based on the life of Cleopatra’s only daughter. She is also the author of two award-winning biographies for kids on Alexander the Great and Cleopatra. She is a docent at the Michael C. Carlos Museum of Antiquities at Emory University in Atlanta.

Pompeii. The name says it all. We think of volcanic eruptions, Pliny, and the heartbreaking scenes we've seen from history shows on television and movies.

This book has much more to offer. We are introduced to Lucia. She is the daughter of Lucius, owner of a gladiator school in Pompeii. When we meet Lucia, she is becoming betrothed to a man 45 years older than herself. She will be the young trophy wife of an old man who can infuse money into her father's gladiator school. Sad but true, women were used in this manner. Lucia is a very sheltered young woman, educated but naive. She is in love with Tages (Tag) a medicus (healer) who happens to be a slave owned by her father. What, a slave? Yes. As you can probably guess, a slave and the daughter of the house is a no-no.

As their love blossoms, we are witness to tremors, earthquakes and finally, the eruption of Vesuvius. Mixed in with this is a romantic triangle involving a rich boy from Herculaneum. No spoilers, but this is quite a punch added to the story.

I enjoyed this book. I found it historically accurate and highly entertaining. Vicky Alvear Shecter is a fantastic author. The scenes of Vesuvius' eruption are spellbinding. I could not put this book down. The ending is heartbreaking, the descriptions of Pompeii during and after the eruption are just amazing. The author includes some historical information. For example, she places the eruption in October 79 CE, a date many scholars feel may be more accurate than August.

All in all, a fantastically written book, well researched and interesting to read. 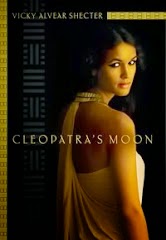