History remembers Guinevere’s sin, but it was Arthur who transgressed first. Forced into a marriage she neither anticipated nor desired, Guinevere finds herself High Queen, ruling and fighting alongside Arthur as they try to subdue the Saxons, Irish and Picts who threaten Britain from every direction. Though her heart still longs for her lost love, Guinevere slowly grows to care for her husband as they join together to defeat their enemies. Meanwhile, within the walls of Camelot their closest allies plot against them. One schemes to make Guinevere his own, another seeks revenge for past transgressions, while a third fixes her eyes on the throne. When the unthinkable happens and Guinevere is feared dead, Arthur installs a new woman in her place, one who will poison his affections toward her, threatening Guinevere’s fragile sanity and eventually driving her into the arms of her champion. Amid this tension a new challenge arises for the king and queen of Camelot: finding the Holy Grail, a sacred relic that promises lasting unity. But peace, as they will soon learn, can be just as dangerous as war. As the court begins to turn on itself, it becomes clear that the quest that was to be Arthur’s lasting legacy may end in the burning fires of condemnation. This highly anticipated sequel to Daughter of Destiny proves there is much more to Guinevere’s story than her marriage and an affair. See the legend you think you know through her eyes and live the adventure of Camelot’s golden days yourself – but prepared to suffer its downfall as well.

Nicole Evelina is a St. Louis historical fiction and romantic comedy writer. Her debut novel, Daughter of Destiny, the first book of an Arthurian legend trilogy that tells Guinevere’s life story from her point of view, has been short-listed for the Chaucer Award in Early Historical Fiction. Camelot’s Queen is its sequel. Later this year, she will release Been Searching for You (May 10), a romantic comedy that won the 2015 Romance Writers of America (RWA) Great Expectations and Golden Rose contests, and Madame Presidentess (July 25), a historical novel about Victoria Woodhull, America's first female Presidential candidate, which has been short-listed for the Goethe Award in Late Historical Fiction. She hopes to have the final book in Guinevere’s Tale available in late 2016 or early 2017. Nicole is one of only six authors who completed a week-long writing intensive taught by #1 New York Times bestselling author Deborah Harkness. Nicole has traveled to England twice to research the Guinevere’s Tale trilogy, where she consulted with internationally acclaimed author and historian Geoffrey Ashe, as well as Arthurian/Glastonbury expert Jaime George, the man who helped Marion Zimmer Bradley research The Mists of Avalon. Nicole is a member of and book reviewer for the The Historical Novel Society, and Sirens (a group supporting female fantasy authors), as well as a member of the Historical Writers of America, Women’s Fiction Writers Association, Romance Writers of America, the St. Louis Writer’s Guild, Women Writing the West, Broad Universe (promoting women in fantasy, science fiction and horror), Alliance of Independent Authors and the Independent Book Publishers Association. She spent 15 years researching Arthurian legend, Celtic Britain and the various peoples, cultures and religious practices that shaped the country after the withdrawal of Rome. Other historical interests include the Middle Ages and women who made their mark on history. She’s also a frequent visitor to Chicago, where Been Searching for You takes place. Her website/blog is http://nicoleevelina.com and she can be found on Twitter as well as on Pinterest, Facebook, Goodreads, Instagram and Tumblr.

I just received this book, and I wasn't certain if I could finish it in time for this review.  I shouldn't have worried.  I couldn't put it down! My advice is to read the books in order, read Daughter of Destiny before reading Camelot's Queen.  As a reader, you need to be introduced to the characters and witness their interactions and relationships to completely follow the story.

I loved this book.  It dealt with some frightening issues. Guinivere was wed to a man she didn't choose (yes, Arthur), abducted, violated, and forced to endure all sorts of mistreatment.  She endures it all with the regal bearing of a true queen.  Without giving away too much, yes, we meet Lancelot and the Knights of the Round Table, we seek the Holy Grail, and we see the beginning of the end of Camelot.  Through it all, we laugh and cry with Guinivere.   She is the 'star' of this series.  We've all read about Camelot through the eyes of Arthur, or perhaps Lancelot, but this is an amazing view from the Queen herself, a Priestess of Avalon.

I highly recommend this series, for anyone with any interest in Camelot.  This is not for the faint hearted.  The scenes are not graphic, but some can be considered disturbing.


I give this book a 5 teacup rating. 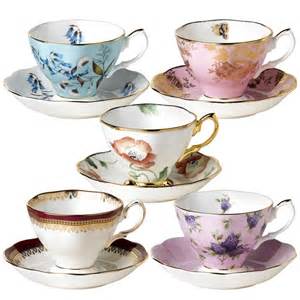 We are honored to include an excerpt from Camelot's Queen

Preview of Camelot’s Queen by Nicole Evelina
I made it to my room and slammed the door. Alone at last, I leaned against the door, struggling to catch my breath. Tears spilled over as the enormity of the day finally sank in. I slid down to the floor and ran my hands through my hair. How could my life have changed so much in only a few hours? I thought Arthur had grown to love me, but he had just accepted a former lover back into his confidence after only having been reunited with her for a few hours. What did that mean for my marriage?
I didn’t know how long I spent contemplating my situation, but just as quickly as the tears had come, I started laughing. I was being ridiculous. Arthur had had to learn to live with Aggrivane at court long ago. Granted he’d sent my former betrothed on missions away from Camelot as often as possible, but he had still learned how to cope with his presence. I was behaving like a child. Galen had been right the day we argued in the forest so many years before. I really was worse than a fisherman’s wife. And worse, I had changed little with the passage of time. I stood, straightening my dress and mentally preparing myself to apologize to them both.
After a few deep breaths, I went back down to the meeting room, expecting to find Arthur and Sobian discussing the finer points of her new role. But to my surprise, the room was empty. Octavia came in, holding a tray to collect the ale pitcher and our used glasses.
“Do you know where Arthur went?”
She eyed me carefully. “He is in his room. Alone.” She emphasized the word, knowing I would wonder. “They told me about her new role. Are you in agreement that it is wise?”
“I will be,” I reassured her.
Octavia made a noise indicating she wasn’t so certain then busied herself cleaning up the table. That was when I saw the lone sheet of paper. Thinking it to be notes from Arthur and Sobian’s discussion, I bent over the table to get a better look.
My blood turned to ice. The letters were formed of patterns made by varying lengths of horizontal, vertical, and diagonal lines. It was written in Ogham, the ancient language of the Druids, so it could not have come from Arthur. He hadn’t studied with them long enough to have learned it. Plus, its message was not one a husband leaves his wife.
I ran to Arthur’s room, rubbing my hand over the goose-pimpled flesh of my arm. “You may wish to rethink your decision,” I said as I entered.
He looked up. “Why is that?”
I held the paper out to him. “This was left in the meeting room.” I shivered again.
He plucked the paper out of my hand and turned it in several directions, trying to figure out how to read it. “Ogham. That’s unusual. What does it say?”
I grabbed it back, irritated beyond decorum. After what had happened with the madman and Sobian, I didn’t think I could take much more.
“That’s the problem. I think it’s a threat. ‘My queen, you may close your eyes to the one you scorned, but that will not keep me away. I will breathe your last breath so that you will live on forever in me.’”
Arthur’s face darkened. “Only one man could claim such a thing.”
I looked at him quizzically, brow furrowing. “How do you know Sobian isn’t party to this? It appeared right after she did in the very room she last occupied.”
Arthur sighed, clearly frustrated that I didn’t trust Sobian implicitly as he did. “Because this isn’t her way. As she said, if she wished you dead, you would be. She has no need for idle threats.”
“Who then?”
“Think about the message.” His tone took on a condescending air I did not care for. “Someone you once rejected? Who did you give up to marry me? You may not want to see it, but the answer is right in front of you.”
He didn’t have to say the name. Suddenly I knew exactly who he blamed. His menacing gaze was fixed on my former lover.
Guilty or not, Aggrivane was in serious trouble.