THE LEGEND OF HOLLY CLAUS
BY
BRITTNEY RYAN

Santa Claus is the King of Forever, Land of the Immortals. When one special boy writes to Santa asking what no other child has ever asked, a miracle occurs: Santa and Mrs. Claus are blessed with a daughter. But the birth of Holly Claus also brings about a terrible curse--from an evil soul named Herrikhan. Holly's heart is frozen, and the gates to Forever are locked, barring exit or entry.

As she grows into a beautiful and selfless young woman, Holly longs to break the spell that holds her people hostage. With four faithful and magical animal friends, she escapes to the wondrous world of Victorian New York, where she will face countless dangers, adventures, and a miracle all her own.

What a joyful holiday book.  Certain to become a classic.  I loved this book.   I think everyone should have a copy to read to their children at Christmas.  Holly will warm your heart.  I read this on my tablet, you should have either the book or a tablet to fully appreciate the illustrations.  I heartily recommend this book. You will laugh, you will cry, and you will love Holly and her friends.

link to the authors Goodreads page 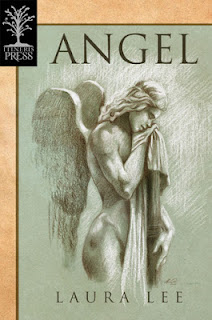 Since the loss of his lively, charming wife to cancer six years ago, minister Paul Tobit has been operating on autopilot, performing his religious duties by rote. Everything changes the day he enters the church lobby and encounters a radiant, luminous being lit from behind, breathtakingly beautiful and glowing with life. An angel. For a moment Paul is so moved by his vision that he is tempted to fall on his knees and pray.

Even after he regains his focus and realizes he simply met a flesh-and-blood young man, Paul cannot shake his sense of awe and wonder. He feels an instant and overwhelming attraction for the young man, which puzzles him even as it fills his thoughts and fires his feelings. Paul has no doubt that God has spoken to him through this vision, and Paul must determine what God is calling him to do.

Thus begins a journey that will inspire Paul’s ministry but put him at odds with his church as he is forced to examine his deeply held beliefs and assumptions about himself, his community, and the nature of love.

My thoughts
This is an interesting book.  It is not a book I would have chosen to read.  I am glad I read it.
It is a love story.  Love is love! Remember that.  Love is always a gift to be treasured.

This is a very well written story about personal discovery.  Paul's discovery of who he is, and the meaning of love.  It is a story of conflict, tolerance, and relationships.

If you are not offended by gay relationships, I urge you to read this book.  It is well written, it is not merely a male/male erotica story.  It is a story of love.  True love.

connect with Laura Lee on GOODREADS 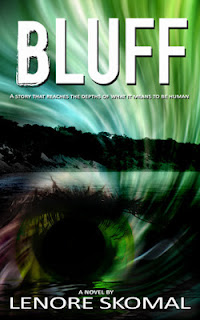