Please join us in welcoming Reina M. Williams Book Blast for her Love at Pemberley series

Please join Reina M. Williams on her Love at Pemberley Series Book Blast from May 12-June 13.

Publication Date: December 15, 2013 Amazon Digital Services, Inc. eBook; 88 pages Heat level: Sweet Colonel James Fitzwilliam is home. The war has left him weary, battle-scarredóand a free man of fortune ready to find a wife. He travels to Pemberley, his second home. There he meets Kitty Bennet. Her unexpected charms soon have him questioning his familial duty and his expectations. A fight looms on the horizon when his auntóLady Catherine de Bourghóand his parents arrive with their own plans for his future. Kitty Bennet has found happiness. At Pemberley, she has improved herself and formed true friendships with her sister Lizzy and Georgiana Darcy. Kitty is captivated by the gentlemanly Colonel Fitzwilliam. But she will not be silly over a redcoat again, and she will not risk her happinessóor his familyís displeasureófor his attentions. Colonel Fitzwilliam, Darcy, Lizzy, and Georgiana have their say, and Kitty learns a new lessonólove will find you at Pemberley.

Publication Date: January 21, 2014 Amazon Digital Services, Inc. eBook; 77 pages Heat level: Sweet Miss Darcy Decides is a light, sweet Pride and Prejudice novella, book two in the Love at Pemberley series. While visiting a young womanówho was not so fortunate as Miss Georgiana Darcy in escaping the persuasions of a rogueóGeorgiana meets Sir Camden Sutton, whose reputation causes Georgiana to wonder as to his motives. Her wondering soon turns to a different feeling when Sir Camden comes to stay at Pemberley, showing himself to be a very different man than was rumored. While Sir Camden struggles with his past and his commitment to his future, as well as the ill intentions of haughty Caroline Bingley, Miss Darcy must decide whether to listen to others, or the words written on her heart.

Publication Date: 4/25/14 Amazon Digital Services, Inc. eBook; 70 pages Heat level: Sweet Miss Mary Bennet is the last unmarried Bennet sister. She believes she will live out her days as a maiden aunt, seeking quiet in the libraries and parlors of her father's and brother-in-laws' homes. On a visit to Pemberley, the estate of Fitzwilliam Darcy, her sister Lizzy's husband, Mary begins to feel more is possible than her planned life of solitude. Among new friends and with new confidence, Mary opens to new feelings when she meets Mr. Nathaniel Bingley. Nathaniel Bingley, at the insistence of his cousin Charles Bingley, finds himself at Pemberley. After Nathaniel's years in the West Indies studying its intense flora, he is ready to seclude himself to compile his work into a book. But Nathaniel could not say no to Charles, who was one of Nathaniel's few kind relatives after the deaths of his beloved parents. Soon, Nathaniel also finds it difficult to say no to his own feelings about the lovely Miss Mary Bennet. Can Mary and Nathaniel look beyond their plans and accept the grace of love at Pemberley?

Reina M. Williams loves period dramas, sweet reads, fairy tales, cooking and baking. She lives in the San Francisco Bay Area with her two boys, who hope to someday take a research trip to England with their mom. For more information please visit Reina M. Williams's website. You can also connect with her on Twitter, Goodreads, and Pinterest.

May 12: Kincavel Korner May 13: Hardcover Feedback May 15: Peeking Between the Pages May 16: A Bookish Girl & The Lit Bitch May 20: CelticLady's Reviews May 21: Historical Tapestry & To Read, Or Not to Read May 22: Book Nerd, & Historical Fiction Obsession May 24: Passages to the Past May 26: Mari Reads May 27: Long Ago Love May 28: Kinx's Book Nook May 30: Flashlight Commentary June 1: Literary Chanteuse June 2: History From a Woman's Perspective June 4: She is Too Fond of Books June 5: So Many Books, So Little Time June 7: A Bookish Affair & Griperang's Bookmarks June 8: The True Book Addict June 9: West Metro Mommy June 11: Book Lovers Paradise, Historical Fiction Connection, and The Tower of Babel June 13: Carole's Ramblings & The Mad Reviewer

Autumn in the City of Angels 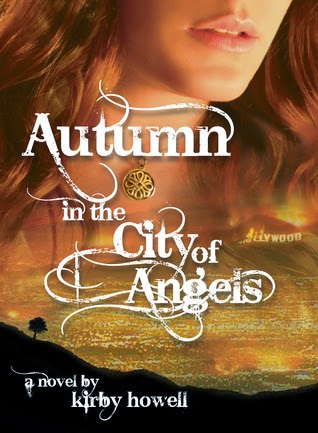 What would you do if you lived through the apocalypse? The real fight to survive comes after everyone else is gone.

A plague of epic proportion sweeps the globe, leaving less than one percent of the world’s population immune. Among the living is Autumn Winters, the teenage daughter of a famous actress. When Autumn’s parents don’t come home and the city is overtaken by a dangerous faction, she goes into hiding with a small group of underground survivors. They’re led by a mysterious young man who harbors an unearthly secret, and with whom Autumn feels a deep connection.

my thoughts
To begin, I am slightly tired of dystopian novels. It is a genre that is currently saturating the market.  That being said, this book reminded me why I loved dystopians.  I was drawn into the story from the very beginning.  To say I loved this story  would be an understatement.

The characters are multidimensional. The reader will have a personal interest in the lives of each character.  I wasn't overly thrilled with the alien component.  I found it a bit creepy as the alien was several hundred years older than our female protagonist.

How is this story dystopian, well, a massive virus kills off most of Earth's population.  The few remaining citizens of Earth attempt to band together to survive.  As with any disaster, there are groups that attempt to take advantage of the situation and benefit from others need for food/lodging and medicine.

This book will hold your attention from beginning to end.  I have purchased book two and plan to read it over the summer.

Autumn is a character that commands respect. She is a strong young woman who WILL survive. No matter what.  Her instincts are sound, and she toughens up enough to become a strong leader to others.

I highly recommend this book for anyone who loves dystopian stories, strong characters or just a fun read. 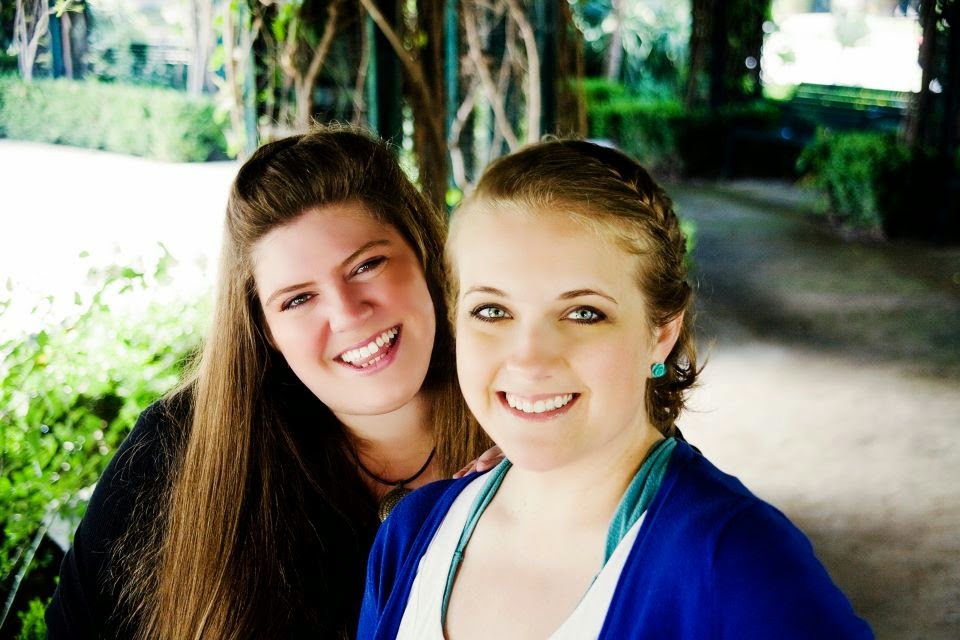 Dana Melton and Jessica Alexander, who write under the name Kirby Howell, have been writing together since 2000 when they met as freshman in their first script writing class at the University of Alabama.  Dana, a native Southerner, quickly showed Jessica the ropes and the joys of living below the Mason Dixon Line.  Having lived in nearly every other part of the country, it didn’t take Jessica long to acclimate to sweet tea, grits and football.  Four years later, with a couple of film degrees under their belts, they moved to Los Angeles to pursue their professional writing careers. 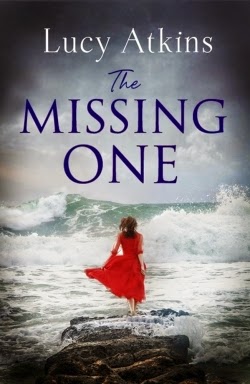 The loss of her mother has left Kali McKenzie with too many unanswered questions. But while clearing out Elena’s art studio, she finds a drawer packed with postcards, each bearing an identical one-line message a Canadian gallery owner called Susannah Gillespie: thinking of you. Who is this woman and what does she know about Elena’s hidden past?

Desperate to find out, Kali travels with her toddler, Finn, to Susannah’s isolated home on a remote British Columbian island, a place of killer whales and storms. But as bad weather closes in, Kali quickly realises she has made a big mistake. The handsome and enigmatic Susannah refuses to talk about the past, and as Kali struggles to piece together what happened back in the 1970s, Susannah’s behaviour grows more and more erratic. Most worrying of all, Susannah is becoming increasingly preoccupied with little Finn . . .

A tense, thrilling novel about a family divided by secrets, and the lengths a mother will go to protect her child.

It's been a while since I've read a complete book in one sitting.  This book is amazing. I read the entire book in a few hours.
This book will hook you in immediately and not let you go.

A mother's relationship with her child is the heart and soul of this book. How much do we really know about our parents?  We see them as mom and dad, but they are much more.  Kali discovers this after the death of her mother.

Some characters in this book are annoying, some arrogant, others merely sad.  All will somehow tug at your heart.

I highly recommend this book.  It is a wonderful summer/beach read.

Thank you Eidelweiss/Above the treeline and Quercus Books for allowing me to read this truly wonderful story.