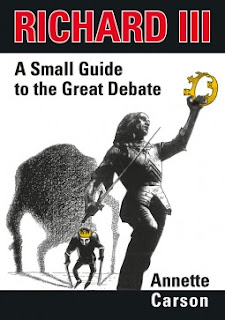 Written as a succinct, straightforward summary of the facts, this short handbook outlines how King Richard came to be portrayed as a monster-villain by the Tudors, and how a backlash in later centuries created the ‘Great Debate’ over his reputation, which still rages today. It also analyses the mystery of the ‘Princes in the Tower’, examining what people actually said and did at the time of their disappearance, and who profited from their removal.

The book sets out all the main theories and arguments, together with their strengths and weaknesses, in a non-scholarly style, without imposing judgements and conclusions. An invaluable reference resource, it invites readers to weigh up the evidence and make up their own minds.

Recommended for anyone interested in Richard III, for libraries and also as a reference for the media, A Small Guide sticks to the verifiable facts while offering insights you won't find in conventional history books. 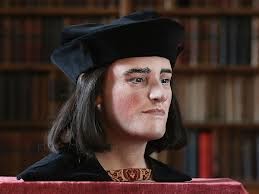 "NOW IS THE WINTER OF OUR DISCONTENT, MADE GLORIOUS SUMMER BY THIS SUN OF YORK"
-WILLIAM SHAKESPEARE   RICHARD III  1594

Richard III, King of England from June 1483- August 1485.  One of the most maligned characters in British history, thanks to the works of Shakespeare and others.  History is written by the victors.  Undoubtedly, The Tudor's were behind the vilification of Richard.

Annette Carson covers this in her "Small Guide". She tackles the debates of Richard usurping the throne from Edward V and the supposed 'killing of the Princes in the Tower".

Annette makes her opinions clear, her sympathies lie with Richard, but it doesn't interfere with her ability to clearly state the facts, even when not in Richard's favor.

This is a well researched, well written book that coincides with the archaeological excavation of Richard's remains, found in Leicester, England.  This book is easy to read and will hold your interest.  I have always had a love of English history, and read this book in a few hours.

for more info about Richard, I suggest the Richard III society at
www.richardiii.net