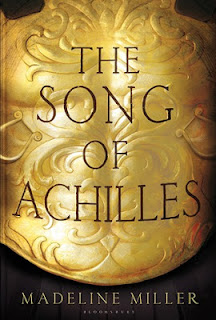 Greece in the age of Heroes. Patroclus, an awkward young prince, has been exiled to the kingdom of Phthia. Here he is nobody, just another unwanted boy living in the shadow of King Peleus and his golden son, Achilles.

Achilles, 'best of all the Greeks', is everything Patroclus is not — strong, beautiful, the child of a goddess — and by all rights their paths should never cross. Yet one day, Achilles takes the shamed prince under his wing and soon their tentative companionship gives way to a steadfast friendship. As they grow into young men skilled in the arts of war and medicine, their bond blossoms into something far deeper — despite the displeasure of Achilles's mother Thetis, a cruel and deathly pale sea goddess with a hatred of mortals.

Fate is never far from the heels of Achilles. When word comes that Helen of Sparta has been kidnapped, the men of Greece are called upon to lay siege to Troy in her name. Seduced by the promise of a glorious destiny, Achilles joins their cause. Torn between love and fear for his friend, Patroclus follows Achilles into war, little knowing that the years that follow will test everything they have learned, everything they hold dear. And that, before he is ready, he will be forced to surrender his friend to the hands of Fate.

Profoundly moving and breathtakingly original, this rendering of the epic Trojan War is a dazzling feat of the imagination, a devastating love story, and an almighty battle between gods and kings, peace and glory, immortal fame and the human heart.

Patroclus and Achilles.  Historians have argued over whether they were friends, lovers or relatives.

In Miller's retelling of the classic Iliad, they are companions/lovers.  The story is told from the narration of Patroclus.  A whiny, wimpy young boy.  How can the mighty Achilles fall for such a person?  That question is asked by many characters in this book, including Patroclus himself.

Iliad is one of my favorite classic novels.  The Rage of Achilles.   In Miller's version, we see no rage.  It takes far too long to get to Troy.   I don't know about other readers, but I wanted to read about the battle.   When we finally get to Troy, Patroclus seems to take over the role of wife.  He becomes a healer and mainly stays with the women.  Achilles becomes the fighting machine he was meant to be.  He 'thinks of them as animals, not people' while killing.

One character I absolutely loved in this novel is Odysseus.  Funny, charming wily and thoughtful.

One thing I found strange, even after the death of Patroclus, we continue to see the story through his eyes.  We see the eventual death of Achilles and the aftermath of this death.

This is a good book to read if you're looking for another viewpoint of the Achilles story. 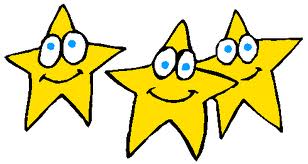