Today we are featuring a perfect Halloween time book. 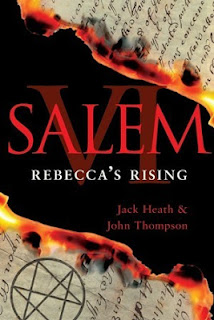 Book Description: Former primetime television reporter John Andrews thought he’d lost everything when his wife died but as timeless bloodlines, first crafted during the Salem witch trials, are redrawn he realizes he has more at stake. Salem, Mass isn’t what it used to be—or is it?

Having stepped off the fast track of primetime network television news, John Andrews has chosen a quieter life as editor of The Salem News, a small paper in a quiet New England town. Life is perfect until Andrews’ wife is killed in a tragic accident. After several years of trying to numb the pain with alcohol, Andrews is visited by the spirit of a long dead ancestor who opens a door to a shocking family history. After he experiences a surreal glimpse into the past, Andrews must confront the question of whether he is losing his mind or whether for several hundred years his ancestors have been engaged in a secret battle with a coven that worships Satan. Fueled by the need to understand whether his wife's death was an accident, as he had always believed, or something far more sinister, Andrews, along with his beautiful assistant editor, risk everything to discover a truth so horrifying it threatens to destroy everything and everyone he knows and loves.

My thoughts on this Halloween Day

I loved this book.  I've been a lifelong New Englander.  I grew up with stories of Rebecca Nurse and the Salem Witch Trials.  Each summer our family visited Salem and learned more about it's history.  To read a book written by an actual descendant of Rebecca Nurse was a treat.

This is a fabulous story.  The characters seem real to me.  John Andrews is a wonderful protagonist.  You will laugh with him, feel his pain, and cry with him.  You will root for him and feel hope for his future.  At the beginning of the book, I was a little spooked by the ghost of Rebecca Nurse, but by the end, I loved her as a character.

This is a perfect book to read in one sitting.  I highly recommend this book.  As a lover of history, I was thrilled to read this story. I literally could not put it down.  That doesn't happen too often with me.   This is the first of a trilogy and I look forward to the further adventures of John Andrews.

I give this book a resounding 5/5 stars.  (or pumpkins as it IS Halloween).

By the way, this book would make a fabulous movie.....

Jack Heath
Jack Heath is the host of NH Today, New Hampshire’s only live afternoon radio talk show, and cohost of Sport Legends of New England with Bob Lobel, which can be seen throughout New England on Comcast Spotlight. A direct descendant of Rebecca Nurse, the last person to be tried and hanged during the Salem Witch Trials, and Ann R. Putnam, one of her accusers, his first novel, Salem VI, is an altogether modern take on Arthur Miller’s The Crucible

John Thompson
John Thompson spent twenty-five years as an investment banker in New York before retiring to write full time. He is the author of the Brent Lucas trilogy, The Girl from Felony Bay, and coauthor of Salem VI. He lives with his wife and daughter and divides his time between Charleston, South Carolina and Hawley, Pennsylvania.

And now, our interview with Jack Heath 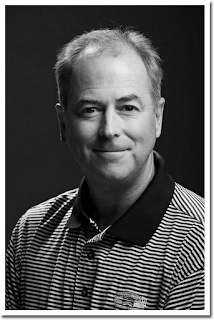 How did Salem VI: Rebecca’s Rising, come to life?

I always had in my mind growing up a story about the Salem Witch Trials, I just wasn’t sure what angle to write from. Ever since I was a child, I heard from my grandfather Heath stories about old Salem and Rebecca Nurse whom we were related to. I think he liked to scare me a bit about the Puritanical past of Salem and how rigid society was. Then a few years ago when I was on vacation in No. Myrtle Beach, SC, with my family, the idea for Salem VI literally popped into my head when I asked myself the question, “What if the Judges in the Salem Witch Trials were the witches and what if they had formed a pact with Satan and fabricated the whole thing to frame God’s innocent children and offer them as a sacrifices to the devil, their new God?” From there the story came to life in my head, then I asked, “what if the witch trials never ended and are still going on underground 320 years later?” The rest is this book that John and I collaborated on and brought to life…I cannot wait to finish Book 2 as John Andrews fights on…

Book 2 carries on directly from the end of the first book. John Andrews continues to wrestle with new forces changing his being and world while he tries to battle the coven and evil forces. It is a struggle and Book 2 continues unraveling the neat history Salem and we have our twists along the way. Like the first Book, we like action and suspense being the underlying mood along with a lot that starts to take us more international out beyond Salem. Book 3 takes us on a global chase which ties together broader good vs. evil plots and characters, but all tying back to the late 1600’s and why evil took root in Salem. But readers will be amazed when they see how that evil has roots and havens elsewhere and still does. You will have to wait until the spring of 2013 to read more. But Book 2 has more fun with Salem’s history and people will like a new version of Hawthorne’s House of Seven Gables, where more evil lies underneath than anyone ever suspected.

Do you believe in ghosts?

I actually do, especially when someone dies a violent death or in a house where their spirit never was able to go free. I don’t believe these ghosts or spirits are necessarily bad or a threat but I believe there is a very thin line between this physical life as we know it and a spiritual journey that awaits us all. In fact, Rebecca Nurse was alive in my head long before I wrote this book.

Why do you write? Is it something you’ve always done, or always wanted to do?

It’s funny, I wanted to write a novel almost 20 years ago during my first TV reporting job in Maine. I was covering a few really strange murders in rural areas that impressed me in how bizarre they were. Then, once my news career starting to grow to larger markets, I lost time and focus to write a story about some of the homicide cases I covered as a reporter. Then a few years ago when I thought of the plot for this book, I just started to write like I was possessed in a good way. The story just came out faster than I could hit the computer keys. My wife Patty reminded me recently that I have a box in the basement of stories I stared to write but never finished. This story just ripped through my mind and formed in my head more than others.

Are there any writers who inspire your own work?

Ironically, I liked Nathaniel Hawthorne’s works and his love for Salem, Massachusetts and the history, which I share from growing up in the next town. I also loved F. Scott Fitzgerald growing up and the Great Gatsby. More recently I like a bunch of suspense writers who write in the Robert Ludlum fashion of story-telling and character development.

Who is your favorite Salem VI character?

In writing the book initially, it was Abigail. I got a real sense of her and what made her tick. But Rebecca was really a driving force and I like how she rises and John really got a sense of this too. I like how when she gets really pissed off you can feel her rise within John Andrews to get him to do what she wants him to do.

AND NOW, A FEW QUESTIONS FOR MR. JOHN THOMPSON 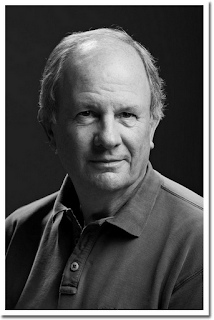 For someone who has never read any of your books, how would you describe your writing?

My writing flows in a very readable style. It’s full of plot elements for suspense, strong characters and action. Also, my style is very visual.

Have you got the whole series planned out, and do you take reader feedback into consideration?

Salem VI is planned as the first of a three book series, and while Jack and I have some very definite ideas about where we would like to take the next two books in the series, we will definitely take reader feedback into consideration as John and Amy dig deeper into the terrible threat posed by the Coven.

The first book is set in Salem, but the Coven is bigger than just one city. As John and Amy discover the true reach and power of the Coven, they also uncover its ultimate objective. They realize they must stop the Coven before all of mankind is threatened.

What excited you about this Salem Witch project?

Salem VI has all the elements of a great occult thriller, and even better my co-author, Jack Heath, is actually descended from Rebecca Nurse, whose ghost plays a major part in our story. By all the elements I mean we have the perfect setting for an occult novel, great characters and a story that will keep you on the edge of your seat