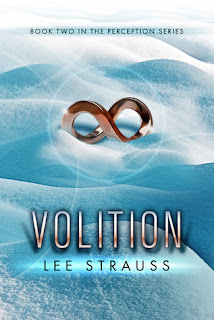 What doesn’t kill you …

Zoe Vanderveen is on the run with her captor turned rescuer, Noah Brody. They’re in love. Or at least that’s what he tells her. Her memories have returned but her feelings are dreamlike—thin and fleeting. Her heart can’t be trusted. Just look at what happened with Taylor Blake.

Senator Vanderveen’s new team of cyborg agents are in hot pursuit, and a reward for their capture is broadcast nationwide. Record breaking cold and snow hinder their escape. Someone dies helping them.

And their fight for survival has only begun.

Violition is the continuing saga of Zoe and Noah. They are on the run from Zoe's grandfather. He is far more ruthless in this installment of the series.

Zoe is coping with her slowly returning memories, but she's not the Zoe of Perception. She and Noah aren't the great fit they once were. Of course, Zoe is remembering everything except her feeling for Noah.

I liked the first book much better. I don't like the direction Zoe's character is taking, she's not the colorful character she was in Perception.

A huge cliffhanger ensures another book in the series. I will read the next book- want to find out how everything is resolved.

I received this book in exchange for an honest review

for more information about Lee Strauss
check out http://blog.orangeberrypromo.com/2013/02/orangeberry-book-of-the-day-perception-volition-by-lee-strauss/

To celebrate Lee Strauss is giving away a $200.00 Amazon, Nook or itunes gift card!

http://www.rafflecopter.com/rafl/display/d0101215/
the above link will take you to the rafflecopter giveaway site. 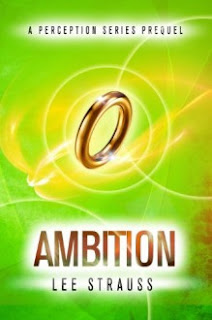 AMBITION is a short story prequel (5K- approx 20 pages) to PERCEPTION, capturing the beginning of Noah and Zoe’s story from Noah’s POV.

Eighteen year old Noah Brody doesn’t like GAPs—Genetically Altered Persons. He’s taken up his dead father’s cause, speaking out and protesting against unfair GAP policies that are responsible for the massive social divide between wealthy GAPs and poorer naturals.

If only he could keep his mind off of perfect Zoe Vanderveen, daughter of the GAP family his mother works for.

And can he really fill his father’s shoes?

AMBITION is free at Amazon.com 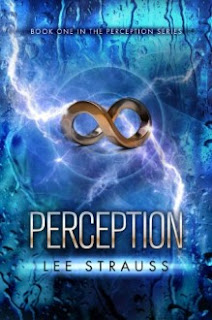 Eternal Life is To Die
For seventeen year old Zoe Vanderveen is a GAP—a genetically altered person. She lives in the security of a walled city on prime water-front property along side other equally beautiful people with extended life spans. Her brother Liam is missing.

Noah Brody is a natural who lives on the outside. He leads protests against the GAPs and detests the widening chasm they’ve created between those who have
and those who don’t. He doesn’t like girls like Zoe and he has good reason not to like her specifically.

Zoe’s carefree life takes a traumatic turn. She’s in trouble and it turns out that Noah, the last guy on earth she should trust, is the only one who can help her.

my thoughts
Fantastic story.   Action from the very beginning to the end, only it doesn't end.  This is book one of a series.

I love dystopian books.   Stories about what could possibly happen in our future.
Zoe is a GAP.  A genetically altered person.  Only the very rich can be altered, telling us this is a story also about class structure.  The GAPs are well treated, pampered and have everything.  Those who can't afford to be GAPs live on the outskirts.   They are not so lucky.

Zoe goes on the run looking for her missing older brother Liam, Noah decides to help her.

This story just flows.  Even if you are not a fan of sci fi you should like this story.  Zoe and Noah are fantastic characters.  Despite their differences, they fit together.

Lee Strauss has me hooked.