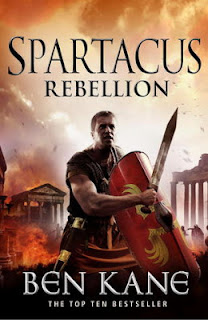 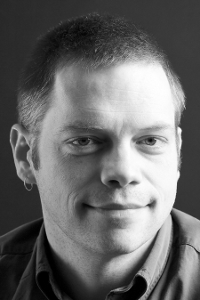 I'd like to introduce a book by author
Ezra Jonah Jacobs.   The book is called
The Tale of the Valiant Hero Kenta 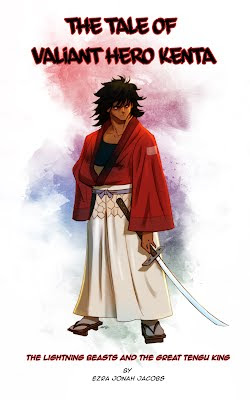 Kenta Takeyama is a 16 year old martial artist who possesses superhuman
strength and abilities and the Takeyama -ryuu fighting art. He desires to become the most
powerful shogun on the Nikkoujima (Sun Light Islands), as there are much more powerful
men in the world. He lives with his father Tesshin, who trained him in the martial arts, and
his mother Amaya, who is the former princess of a royal family and master fighter; his little
sister Mana, who wants to become a famous play actress and open her own production studio,
as well as his pet bear Kumomori, whom he had since he was 4. Kenta finds that it’s time to
follow his dreams of becoming a great and powerful shogun (using his power to protect people
and build more homes and villages, help the poor and starving, rather than just for pomp and
circumstance. He wants the people to live in peace and prosperity with no fear, as the world is
already entering another age of war. Essentially, he wants to change the country). And so, with
his parents’ permission, he decides to travel to Senkyou to enlist in the military and become
a true samurai warrior. He feels confident that the can do so after going through many trials
and travels through his childhood, and training under the tutelage of his father in his family’s
martial arts styles.
During the first part of the novel, after a little love fiasco with his childhood friend
Yumine who has a crush on him and sparring with some buddies, he travels the lush and vibrant
island and helps many different people out. As Kenta reaches Senkyou, he meets new rivals
and friends, such as Natsumi, a new love interest and Hayate, a mysterious ninja who wants
to raise up his own organization of ninja mercenaries. During basic training, he discovers that
the capital is being attacked by powerful youkai. The powerful beasts appear and disappear in
a flash, even the temple priests are having trouble. Does the Great Tengu King of the Gogonji mountain territory
know anything about these attacks? Do our heroes stand a chance against  these swift and powerful foes?
What is the reasoning behind all of this carnage?

Author Bio
Ezra Jonah Jacobs was born in 1988 in Atlanta, Georgia. He was raised in the suburbs 45 minutes outside of Atlanta by his father and mother, having one older brother. Growing up in a small country town, there was plenty of farmland and open plains to play and run around, a good place to let his young imagination run wild. When not outside, he was usually reading, drawing pictures, or playing video games. He has also had an interest in martial arts since the age of 6, first gaining an interest after watching a Bruce Lee documentary and seeing a movie by the name of Street Fighter. He started emulating the techniques he saw in these movies. It was also around this age he became interested into becoming an author after hearing his teacher read a book to his class. He would be influenced more by other books throughout grade school either by going to the library or during in-school readings.

In Jr. High School, Jacobs developed an interest in many new different mediums, including manga (Japanese comics) and ancient world literature, such as Don Quixote and Beowulf (already having some world literature in his background the form of Gulliver’s Travels and Aesop’s Fables while in Elementary school). He also first came across ancient stories of kung fu masters with enough strength to slay lions, enough speed to out run a cheetah, and being able to lighten their bodies enough to walk on egg shells. He found these stories rather fascinating and would spend time reading them, while at the same time trying to find more.

During his time in high school, world literature reads had expanded. He also began reading more of a genre called Wuxia (martial arts fiction), in particular Jin Yong, and was greatly fascinated by the scope of the stories as well the detailed battle sequences. To him it was as if he were watching a kung fu movie unfold before his very eyes. He thought this genre was rather interesting, especially since it influenced all of his other favorite mediums as well, even theater.

At college, Jacobs finally made the conscious decision to become an author. It was during this time, after class that he would spend time typing up many different stories. Many being one-shots (one long chapter), while others became full length novels. He began trying different genres and styles out until reading Jin Yong’s “A Smiling, Proud Wanderer”. He then decided to give wuxia a try and began working on a novel of such style. He had developed many early versions of his current stories, eventually editing and reforming them into what they are now. He also began reading many other novels around this time, such as Musashi, even more ancient world literature such as Canterbury Tales, The Divine Comedy, and The Faerie Queen, as well as many other things that would later influence his works.

Jacobs graduated from Oglethorpe University in Atlanta, Georgia with a Major in Literature and a Minor in Arts. He also studied karate while on campus during these years. As he wrote, he always had in mind to create stories that would give his readers the impressions they were almost watching a movie or a TV show, something interesting and exciting yet bearing the allure of a novel. Jacobs currently resides in Atlanta, Georgia. When not writing, he is usually reading from his extensive book collection, taking walks in the city, and training.

Good story.  A lot of attention paid to the martial arts.  If you like the martial arts, you should love this story.  I was impressed with the very beginning of the book.  It included a listing of the various martial arts movements.  This made it much easier to follow the story.