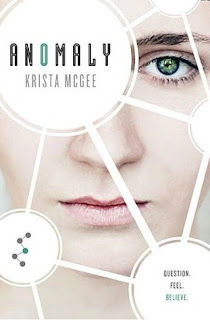 Welcome to my stop on the Anomaly blog tour hosted by YA Bound Book Tours.  Click HERE to see the full blog tour schedule!

about the book
Thalli has fifteen minutes and twenty-three seconds left to live. The toxic gas that will complete her annihilation is invading her bloodstream. But she is not afraid.

An interesting dystopian novel. Reminded me very much of Lois Lowry's THE GIVER .

In a future world, citizens are genetically created. Emotion is suppose to be eradicated. Guess what- it's not. Every so often an ANOMALY occurs and someone is created with something they shouldn't possess. Thalli learns about The Creator, and he's not a scientist from The State. 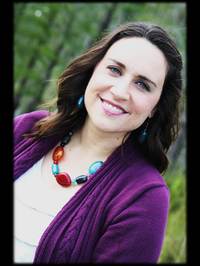 About the Author
Krista McGee’s passion to see teens excited about serving God is a driving force behind her novels. Ever since college when she spent a summer working at a youth camp, McGee knew she wanted to invest in teenagers. Since then she’s been involved in a variety of youth ministries and currently teaches at a Christian school in Tampa, FL.

McGee broke into the writing world during her time in Spain. A friend encouraged her to submit an article to a Christian girls’ magazine, and it got published. Once her family moved back to Tampa, she got the idea for her first novel, First Date, a modern take of the story of Esther. Her subsequent books, Starring Me and Right Where I Belong, are based on Rebekah and Ruth.

When Krista McGee isn’t living in fictional worlds of her own creation, she spends her days as a wife, mom, teacher and coffee snob.

***GIVEAWAY*** 5 print copies of Anomaly, US only. a Rafflecopter giveaway
Posted by Donna at 12:40 PM No comments: