Firebolt Book 1 of The Dragonian Series by Adrienne Woods 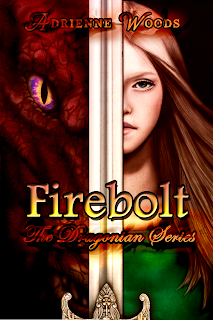 Book Description
Dragons. Right. Teenage girls don't believe in fairy tales, and sixteen-year-old Elena Watkins was no different.
Until the night a fairy tale killed her father.
Now Elena is in a new world, and a new school. The cutest guy around may be an evil dragon, a prince wants Elena's heart, and a long dead sorcerer may be waking up to kill her. Oh and the only way Elena's going to graduate is on the back of a dragon of her own.
Teenage girls don't believe in fairy tales. Now it's time for Elena to believe in...herself. 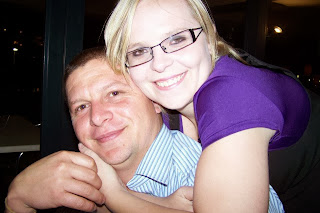 Author Bio:
I was born and raised in South Africa, where I still live with my husband, and two beautiful little girls. I always knew that I was going to be a writer but it only started to happen about four years ago, now I can’t stop writing.
In my free time, If I get any because Moms don’t really have free time, I love to spend time with friends, if it’s a girls night out, or just a movie, I’m a very chilled person.
My writing career is starting with Firebolt, book one with the Dragonian Series, there will be four books in total and two to three books that is about the stories taking place inside The Dragonian Series.
I do write in different Genres, I have a woman’s fiction called the Pregnancy Diaries, but it would be published under another name. And then I have a paranormal series, called the Watercress series. There are about ten novels in that one.
So, plenty of novels to come out, so little time.
I hope you are going to embrace the Dragonian Series as much as I loved writing them.
Connect with Adrienne
Blog http://woodsadrienne.wordpress.com
https://www.facebook.com/pages/The-Dragonian-Series/301375039891281
Twitter: erichb3
Goodreads: Adrienne Woods
Google+: Adrienne Woods
Rafflecopter giveaway, 3 digital copies
<a id="rc-dc01e04" class="rafl" href="http://www.rafflecopter.com/rafl/display/dc01e04/" rel="nofollow">a Rafflecopter giveaway</a>
Tour Dates


a Rafflecopter giveaway
Posted by Donna at 9:54 AM No comments:

A Season Without Rain

A Season without Rain by Joe Schwartz 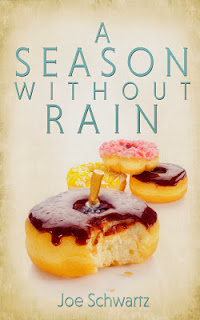 Book Description
Jacob Miller is angry with himself, the world, and God. Life seems so unfair, so cruel, that he can’t imagine why anyone even tries. After having a nervous breakdown, selling his business, filing for bankruptcy, having a baby, and finding out he owes over twenty grand in taxes, he is hardly happy to be alive.
In the span of a year, Jacob will discover three very important things about life. Things can always be worse. There really is a God. And if you wait long enough anything can change.
A Season Without Rain explores that gray area between poverty and middle class life, the struggling underclass for whom there are no advocates. A powerful story told in a modern, everyday voice that will entrench readers in Jacob Miller’s black world of anger, hate, resentment, lies, and violence.
A Season Without Rain is Joe Schwartz’s first novel. His previous short story collections Joe’s Black T-Shirt, The Games Men Play, and The Veiled Prophet of St. Louis have been acclaimed vulgar as Bukowski and visceral as Carver. Joe lives and works in St. Louis happily writing stories exclusively about the Gateway City.

About the Author
Joe Schwartz
A St. Louis native, I write exclusively about the Gateway City. I prefer the style of fiction deemed transgressive fiction. That is my stories protagonists generally find a solution to their problems through either illicit or illegal means. I personally prefer stories told through a criminal's point-of-view. It is never the crime that fascinates me so much as the motivation to do it and the terrible, almost predictable outcomes to such actions. Just as I have an expectation of writing to be read I believe that it is as important, if not more so, that you as a reader should have the expectation of being entertained as you read. Anything less is such a disappointment.
Life is short. Stories are forever. –Joe
Connect with Joe
https://www.facebook.com/Joesblacktshirt
ttps://www.goodreads.com/author/show/445708.Joe_Schwartz
Links to buy the novel:
http://www.barnesandnoble.com/w/a-season-without-rain-joe-schwartz/1117380015?ean=2940149003860
http://www.amazon.com/Season-Without-Rain-Joe-Schwartz-ebook/dp/B00GM7O0F6/ref=sr_1_1?ie=UTF8&qid=1384286360&sr=8-1&keywords=A+Season+Without+Rain
Giveaway!!!
a Rafflecopter giveaway


A Season without Rain's Tour Dates

Wednesday the 4th of December Crossroad Reviews
http://www.crossroadreviews.com  A spotlight with Jessica


Tuesday the 10th December: The One Saga
www.theonesaga.com  Spotlight and Interview with Matthew


Tuesday the 17th December:  Indie Author: How To
http://indieauthor-howto.blogspot.com Spotlight and Excerpt with Kisha


Tuesday the 24th December: From the Land of Empyrean
http://empyricaltales.blogspot.com Spotlight and Guest Post with Mark