As promised, I am posting my review of BLOOD DIVIDE: A NOVEL OF FLODDEN FIELD
BY JOHN SADLER 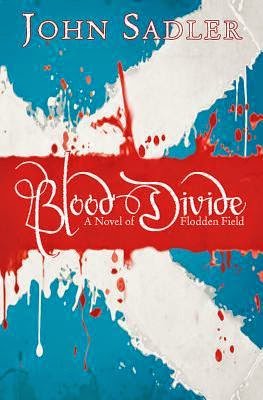 about the book:
Gripping, visceral, and accessible historical fiction

The Battle of Flodden in September 1513 was one of the bloodiest battles ever fought on British soil, in which James IV, King of Scots, and virtually the whole of his nobility and gentry were annihilated in an afternoon along with 15,000 soldiers. Five centuries later, the slaughter still occupies a core position in the Scottish nationalist debate and in the pantheon of heroic failures. This novel puts you in the heart of the action; you'll feel the sweat and the fear, the curtain of red mist.

The narrative covers April through September 1513, focusing around a handful of key characters: John Heron, Bastard of Ford, swaggering, violent, and disreputable, the black sheep of a good English family; Sir Thomas Howard, leader of the English forces and skilled strategist; Alexander, 3rd Lord Hume, leader of the Scots, bold but impetuous; Isabella Hoppringle, Abbess of Coldstream, hub of a web of influential women throughout the Scottish borders, a woman of significant influence and charisma.

To begin, the cover of this book is just amazing. Now, on to the book itself.
My knowledge of the Battle of Flodden was minimal prior to reading John Sadler's fabulous book. I've read many Tudor era novels, very few have ever mentioned this battle, a battle so pivotal to Scottish history.

This book is well researched. It is an understatement to say Mr. Sadler is well versed in his field. He is a wonderful teacher who is able to create a story that is fascinating as well as informative. Many of the books characters will be familiar to readers of Tudor history, Thomas Howard, James IV, Margaret Tudor... I must say, Sadler brings these people to life. They are not mere characters in a book, but actual people. HIs descriptions are so compelling we are actually transported to Flodden. We are witnesses to a battle, we see it's horror, it's aftermath.

This book is easy to read, despite it's content. The writing is compelling. You will be hooked from page one. This is an action packed novel about the conflict between the kingdoms of England and Scotland. 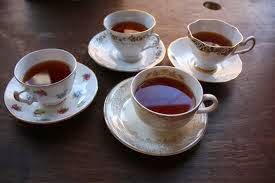