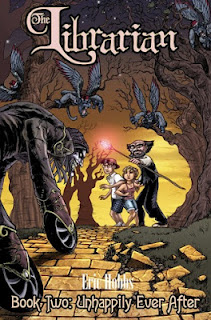 Yesterday, Taylor and Wes turned a boring field trip to their local library into a grand adventure when they found a mysterious portal leading into the fabled Land of Oz.

But that was yesterday.

Today they've learned their actions have had grave consequences. Not only did they alter the Oz mythos, but their deeds may have had unexplained repercussions in the real world as well. Taylor's returned home to find she's living a life that isn't her own. Nothing's as she left it. Her normally warm father has become cold and distant. Her grades have fallen overnight. Teachers who once saw her as their favorite student, now consider her their most problematic pupil. Only Wesley remembers Taylor as she truly is, and together, he and Tay return to Oz hoping they can undo the damage and restore both worlds to the way they were.

But the children quickly find they're in way over their heads. Not only has the Wicked Witch taken control of Oz, but Douglas Stanford has stayed behind to build a small army of storybook villains to help him obtain the magic hidden within Astoria's library. The librarian's returned to stop him, but the old man may need the children's help as the fate of every known world hangs in the balance.

The adventure continues in this action-packed continuation of The Librarian Saga! Exclusive to Amazon's Kindle, The Librarian is a thrilling new series that provides kids an opportunity to experience the world’s most beloved fantasy novels in a brand new way – through the eyes of children just like them. And the fun doesn't stop there! Librarian author Eric Hobbs has teamed with The Sylvan Learning Center to launch The Librarian Book Club. Toward the back of the book, each copy of The Librarian contains an exclusive invitation to join. Open to students in grades K-8, the club will bring kids together from around the globe to compete in a monthly reading contest where they’ll have a chance to win exciting prizes: gift cards, autographed books, new toys, video games, DVDs, iPods…even a brand new Kindle Fire! All kids have to do is answer questions about the books they’re currently reading! That’s it! It’s that easy! Pick up the book and join the book club today!

I received a copy of Unhappily Ever After from the author for an honest review.

Unhappily Ever After begins with Tay and Wes's return to the 'real' world. Unhappily is a perfect way to explain their return. Both kids keep saying things are 'off'. A quick return to the library offers an explanation and once again the kids are going back to Oz. Except, everything is different. Oz is a much darker place.

The story is wonderful. Ms. Hobbs has included aspects of Oz that are unique to the book, things not from the movie. I loved the way in which we saw both Wes and Tay grow as characters. These are not the same kids we saw in the first book. These kids are well aware their actions caused horrible consequences. All the changes in Oz are a result of their visit. They must fix the problems.

We see some familiar characters, Scarecrow, Tinman and of course (my favorite) the Lion. Alas, Dorothy is no longer around. The Wicked Witch controls Oz, along with her flying monkeys.

If you enjoyed the first book The Librarian, you will enjoy the continued adventures of Wes and Tay. This is not the end of the story. I look forward to the third book. I would love to see Wes and Tay resolve the problems they have created. By the way, I went back and reread my copy of The Wizard of Oz...Enjoyed it much more after reading Eric Hobbs books. 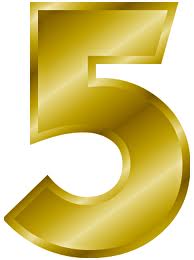 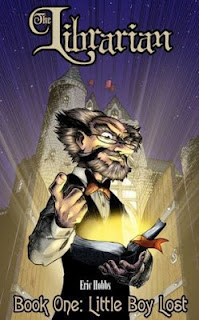 Wesley Bates thinks his life pretty much sucks. He's landed at the bottom of his school's popularity ladder, and bully Randy Stanford seems to be waiting around every corner.

The troubled teen thinks he's found a way to escape his real-world problems when he stumbles upon strange doorways in Astoria's local library that seem to lead into the extraordinary worlds from all his favorite books. Oz, Neverland, Wonderland -- they're all a reality with Wesley's new discovery. Wesley teams with best friend Taylor Williams to embark on a great adventure, both ready to leave the drama of middle school behind.

But the two kids quickly find themselves embroiled in a centuries-old battle for the library and the magic hiding within. Now, fighting alongside the eccentric old man who's vowed to protect the building's power, the pair must help ward off an attack by a shadowy group with a strange tie to Wesley's nemesis, forcing Wesley to face the fears he's been dodging... and one of the most terrifying bullies of all time!

What a wonderful, original, well written story! I was enthralled from the beginning. As a lover of reading, and a parent who reads to my child, this was an incredible book. I received it from LibraryThings Member giveaways but I will gladly pay for the next in the series. The author, Eric Hobbs, is masterful at telling a story. The main characters, Wes and Taylor, are easy to relate to and (smiling as I write this) just plain fun! I want to go to this Library!!! Reminded me somewhat of a movie I saw years ago, The Pagemaster, only this book is much better than any movie could be. I highly recommend this book. Eric Hobbs, you kept me entertained, and kept my attention from page one.