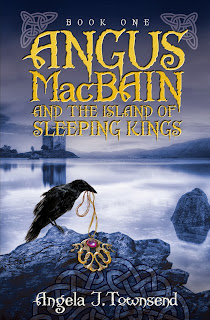 Book Summary:
Angus MacBain is unaware that his ancestral roots hail from an ancient sect of Scottish kings. When his dying grandfather gives him a dragon pendant, thirteen-year-old Angus learns of a legacy that will take him across an ocean to the island of Iona and thrust him into a heritage he did not know he had.
He soon discovers that his mother, whom he had believed dead, is really a seal fairy, in hiding from a dangerous enemy. To save her, Angus must undergo a perilous journey of destiny and power to battle an evil Dacian knight and those who serve him. With only his family shield and the advice of a wizened vampire hunter to protect him, Angus must navigate dangerous terrain and dark enemies, in a land where the past and the present mingle, and sleeping kings wake.

~~~
“This path is meant for mortals. Because of that, the entrance is well hidden, and with good reason. Inside is a series of great halls built by three ancient rulers, your ancestor, King MacBain of Scotland, The High King of Ireland, Brian Boru, and King Forkbeard of Norway. It served as a meeting place and as an entrance into Ceoban. Little did they know that dark creatures shunned and banned from other places would seek refuge in the great halls. When the kings died hundreds of years ago, no one used the halls anymore, and the creatures all but took over.”

About the Author
Angela Townsend was born in the beautiful Rocky Mountains of Missoula, Montana. As a child, Angela grew up listening to stories told by her grandparents, ancient tales and legends of faraway places. Influenced by her Irish and Scottish heritage, Angela became an avid research historian, specializing in Celtic mythology. Her gift for storytelling finally led her to a full time career in historical research and writing. A writer in local community circulations, Angela is also a published genealogical and historical resource writer who has taught numerous research seminars. Currently, Angela divides her time between writing, playing Celtic music on her fiddle, and Irish dancing. She resides on a ranch, in rural Northwestern Montana, with her two children Levi and Grant.

GIVEAWAY:
One Angus MacBain necklace plus swag shown below (INT) 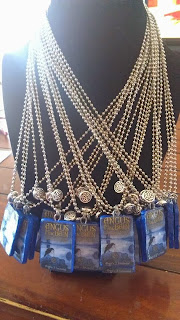 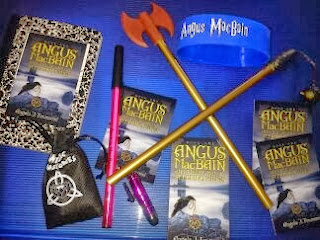 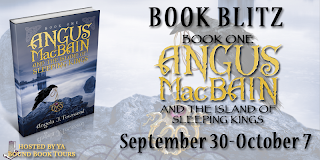 a Rafflecopter giveaway
Posted by Donna at 9:29 AM