Mary, Queen of Scotts- the CAPTIVE QUEEN and GIVEAWAY

Political schemes, religious partisanship and unbridled love shake the Royal Court of Scotland at the end of the Stuart dynasty.

Witness to sordid murders, spy for Her Majesty among the Protestants of the infamous preacher John Knox, forced to give up her one true love, thrown out onto the streets then ruthlessly attacked by a drunkard, Charlotte Gray will do everything in her power to remain the sovereignís lady-in-waiting.

As for the Queen of Scots, she faces turmoil of a completely different kind: prisoner in a castle under the command of her cousin, Queen Elizabeth I of England, Mary Stuart learns that she is the victim of a vast conspiracy and that her English counterpart has ordered her imminent execution.

Despite their hardships, Mary and Charlotte will keep their dignity throughout the storm. The two women will finally find serenity, one in the arms of a man and the other in the arms of God.

Interwoven with historical facts of the era, the thrilling The Captive Queen saga is worthy of the greatest royal intrigues that still fascinate us several centuries later.

Danny Saunders is a true European history enthusiast. He has always been keenly interested in royalty. Danny holds a bachelorís degree in political science and also pursued communication studies at the university level. He has worked as a journalist for various written and electronic media. Of Scottish descent, Danny takes genuine pride in his British roots. The Captive Queen: A Novel of Mary Stuart is his first historical novel.

To find out more about the author Danny Saunders, you can visit his website at www.dannysaunders.com. You can also find him on Facebook, Twitter, and Goodreads.


Monday, August 25
Spotlight & Giveaway at Passages to the Past

Tuesday, September 2
Review at A Chick Who Reads

Wednesday, September 3
Interview at To Read or Not To Read

Tuesday, September 9
Review & Giveaway at Peeking Between the Pages

Wednesday, September 10
Excerpt & Giveaway at So Many Precious Books, So Little Time

I received this book as part of a book tour with Historical Fiction Virtual Book Tours.

I love the subject. Mary of Scots is an amazing woman with a fascinating life. I also love reading anything to do with the Tudor family.

That being said, this is not one of the best Tudor era books available. The book focus is primarily Charlotte, a lady in waiting to Mary. She is not a likable character. I'm certain that court machinations encouraged those involved to become scheming, but I just didn't like Charlotte. Mary herself is portrayed somewhat differently than I expected.


If you enjoy Tudor history, by all means, add this book to your TBR list, but include others as well. You will find many other books about Mary of Scots on the market, I personally recommend those by Antonia Fraser, Margaret George or John Guy 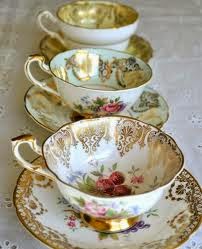 WE ARE GIVING AWAY ONE PAPERBACK COPY OF
THE CAPTIVE QUEEN
Open to US, UK, Australia, New Zealand, Canada, and Ireland.
JUST LEAVE YOUR EMAIL ADDRESS UNDER COMMENTS, I WILL GET BACK TO THE WINNER!
GOOD LUCK!