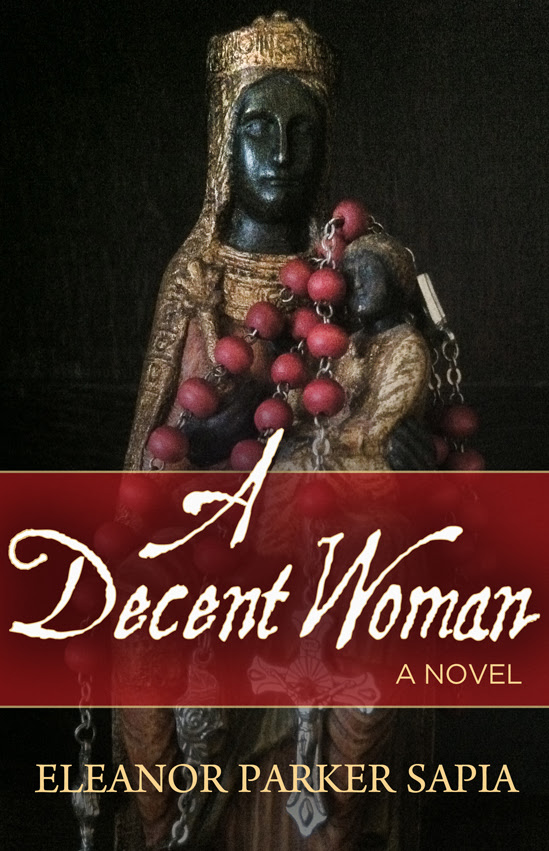 Ponce, Puerto Rico, at the turn of the century: Ana BelÈn Opaku, an Afro-Cuban born into slavery, is a proud midwife with a tempestuous past. After testifying at an infanticide trial, Ana is forced to reveal a dark secret from her past, but continues to hide an even more sinister one. Pitted against the parish priest, Padre VicÈnte, and young DoctÛr HÈctor Rivera, Ana must battle to preserve her twenty-five year career as the only midwife in La Playa.

Serafina is a respectable young widow with two small children, who marries an older, wealthy merchant from a distinguished family. A crime against Serafina during her last pregnancy forever bonds her to Ana in an ill-conceived plan to avoid a scandal and preserve Serafinaís honor.

Set against the combustive backdrop of a chauvinistic society, where women are treated as possessions, A Decent Woman is the provocative story of these two women as they battle for their dignity and for love against the pain of betrayal and social change.

Advanced Praise for A Decent Woman

"A Decent Woman brings vividly to life the world of early twentieth-century Puerto Rico through the struggles of Ana BelÈn, an Afro-Cuban midwife, as she attempts to live a meaningful life. Spanning almost thirty years, the story encompasses Ana's unusual friendship with Serafina, a white woman of humble origins who marries into a wealthy, upper class family. Race, class, the lingering legacy of slavery, and a woman's role in this neo colonial society are all effectively illustrated through the intimate depiction of these two intersecting lives.

Author Eleanor Parker Sapia lovingly evokes old Puerto Rico: the graceful colonial city of Ponce, the mixture of African and Catholic traditions, the tropical lushness of the land, and the devastating force of a Caribbean hurricane.

Overall, A Decent Woman is a powerful and moving tale; well worth reading."

"A Decent Woman opens with a birth and a hurricane and doesn't let up. Deep with delicious detail, scrumptious characters, and full of folklore, this is a unique debut novel from Eleanor Parker Sapia, one that will win her readers over. Written in a clean style that lets the historical ambience seep through into our consciousness, this book is a tale of wonder, of life and death, of love and life and not a few twists and turns. Ana and Serafina are, indeed, decent women living in a hard time. Buy it, read it, love it."

"A Decent Woman takes the reader on a journey into the heat and steam of Puerto Rico in the early 1900s. The writing is so visceral and evocative that you almost feel the rain on your face, the pain of childbirth, fear, betrayal and redemption along with the women in this story of midwives and mothers."

-Claudia H Long, author of The Duel for Consuelo and Josefina's Sin

"A Decent Woman takes the reader on an unforgettable journey of friendship between two strong women set against the backdrop of colonial Puerto Rico of the early 1900s. When former Cuban slave and midwife Ana BelÈn delivers Serafina MartÌnez' first child, an unbreakable bond is formed despite the hurricanes nature and politics thrown in their paths. A striking first novel from Eleanor Parker Sapia."
-Arleen Williams, writer and author of The Alki Trilogy

"It's not only that I enjoyed A Decent Woman as much as Alice Walker's work, there is a quality to her prose. I went back and read an excerpt of The Color Purple to really identify the similarity. The only way I can describe it is that I wanted to read it in gulps. Like when you're really thirsty. I found myself sucked into the world in three or four lines, and galloping through the prose, because reading more made me want to read more.

A Decent Woman embodies the genre of womenís fiction in the most complete sense of the word exploring the lives of women - young and old, dark- and light-skinned, poor and rich. This is an outstanding read and an important book about a little known corner of women's history."

"Eleanor Parker Sapia's historical fiction novel, A Decent Woman, steeped in friendship, romance, politics, and mysticism, is the captivating story of Ana BelÈn's struggle and perseverance to become a Certified Midwife in turn of the century Puerto Rico. Anaís passions, joys, and plight are shared by midwives everywhere and throughout herstory.

Reading this book was inspiring. I'm sure readers will enjoy A Decent Woman as much as I did."


-Sarahn Henderson, Midwife and Educator at Birth in the Tradition

"I really enjoyed this novel and particularly enjoyed the characters who I could visualize clearly as I moved along with the story. Eleanor's descriptions really created such a vivid image in my mind, bringing them to life as I read. I was moved by the various events and was even brought to tears at times. I suspect it will be a huge success and certainly one that I will recommend to my circle of family and friends."
-Gina Tsiapalis, Registered Midwife


Eleanor Parker Sapia's Podcast with Upgrade Your Story on BlogTalkRadio 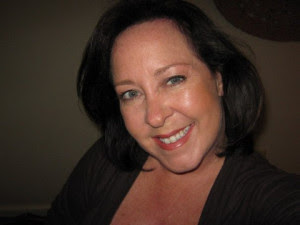 Puerto Rican-born novelist and painter, Eleanor Parker Sapia, was raised in the United States, Puerto Rico, and Europe. Her passion for travel and adventure combined with her compassion for those in need have led to her careers as a counselor, alternative health practitioner, and a Spanish language social worker and refugee case worker. These life experiences inspire her writing. She facilitates The Artistís Way creativity groups, and teaches creative writing to children and adults. Eleanor shares her passion for telling stories on her blog, The Writing Life. A Decent Woman is her debut novel. Eleanor has two adventurous and loving grown children, and currently lives in wild and wonderful West Virginia.

Sign up for Eleanor Parker Sapia's Newsletter for news and updates.

Monday, March 16
To Read, Or Not to Read

Tuesday, March 17
Unshelfish
So Many Books, So Little Time

Wednesday, March 25
Book Lovers Paradise
What Is That Book About

Tuesday, March 31
Passages to the Past

Wednesday, April 1
Layered Pages
With Her Nose Stuck In A Book

To enter to win one of the following four prizes, please complete the giveaway form below.

Giveaway starts on March 16th at 12:01am EST and ends at 11:59pm EST on April 6th. You must be 18 or older to enter.
Winners will be chosen via GLEAM on April 7th and notified via email.
Winners have 48 hours to claim prize or new winner is chosen.
Please email Amy @ hfvirtualbooktours@gmail.com with any questions.