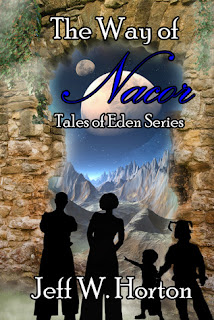 Today we welcome author
JEFF W. HORTON
who is allowing us a view into his book
THE WAY OF NACOR
TALES OF EDEN SERIES

about the book:
How can four stranded children survive and get back home after finding themselves transported to an alien planet in a distant part of the galaxy?

Following a family tragedy, the Seekers children find themselves transported to a strange, alien world named Zantura, where a powerful, evil being named Sarin has either murdered or enslaved nearly everyone. The siblings must face and survive a series of seven deadly trials on the journey to find a long-lost ancient relic, which has the power to save Zantura from Sarin, and to send the children home. 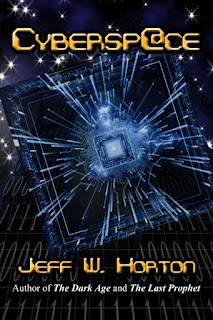 Cybersp@ce
A  devastating cyber attack leaves 100,000 people in the United States dead and evidence points to the Chinese, setting the world on the inevitable march towards nuclear war.  Nick Reynolds with the US Cyber Command soon learns that former KGB agent Nikolai Chervanko, who has long dreamt of rebuilding his beloved Soviet Union, could be behind the massacre, with something even bigger planned.  Lacking evidence linking Chervanko, however, outrage over the attack soon forces the US to declare war on China.  With no means to stop another destructive cyber attack and prevent a nuclear conflict, Nick finds help from an unlikely source,
AREA 51.

for other stops on Jeff's tour, go
here

On a personal note, I love Jeff's work.  I've read many of his books and highly recommend them.  You will be amazed with the depth of his characters.  The plots in his stories will leave you astounded.