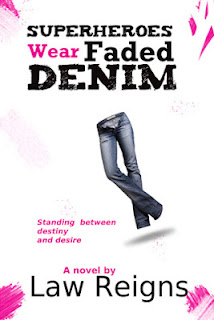 Blissany Cherry is tired of sleeping around. Her neurologists’ sleep solutions have failed her. Now that her bizarre sleeping habits have begun to include week long dreams she has resorted to her own methods for a cure.

METHOD ONE: CONTROL DREAMS. All attempts to morph dreams about a gorgeous warrior into romantic fantasies are thwarted. He keeps on insisting she is destined to marry a great king and lead their armies into war. At the end of every dream he asks her: will you fight the war and save mankind?

She laughs in his face.

METHOD TWO: RESIST! Blissany has plans for her life. None include fighting an intergalactic war. When her dreams begin spilling over into reality, she is forced to make a decision that will forever redefine her life. Standing between destiny and desire, she is left with only one option.

MY THOUGHTS:
Action packed barely begins to describe this book. I was a bit overwhelmed at first, trying to follow the ups and downs of the story. College life mixed in with a few otherworldly beings. Michael, Gabriel, Uriel and Raphael...hmmm I believe I've heard those names somewhere before.

The main characters are wonderfully engaging people. I was able to easily identify with several of them. It's interesting attempting to keep straight the unusual names these people have. Blissany, Demi, Don and Wanikiya...Each adds something extraordinary to this story.

A war is about to happen. A heavenly war between the higher and lower realms. (We on Earth are middle realm dwellers). The demonic lower realm creatures have to do battle with humans and the college students are the chosen ones.

We are able to read from multiple POV's. I enjoyed watching these individuals grow and embark upon their destinies.

This is an unusual and interesting book. Law Reigns did a wonderful job presenting this unique story.

CONNECT WITH LAW REIGNS AT
http://lawreigns.com/