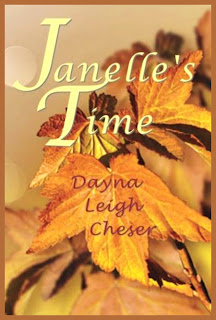 link at the end of the sample chapter will take you to Dayna's website and a contest!!!!

DEBUT AUTHOR, DAYNA LEIGH CHESER, EXPLODES ONTO  THE ADULT HISTORICAL ROMANCE SCENE WITH  ‘JANELLE’S TIME,’  BOOK ONE OF HER EPIC ‘TIME’ SERIES, THE STORY  OF THE GRAYSON FAMILY IN 1830s NEW HAMPSHIRE
“If you love the magic of romance and the romance of magic, this is a book for you.” Kenneth Weene, author of Tales From the Dew Drop Inne, Memoirs From the Asylum, & Widow's Walk

Janelle’s Time is the story of the great love between a New Hampshire farmer’s daughter and the younger son of an English Duke.
From her father’s death to the birth of twin daughters, Janelle makes it difficult for Richard to keep her safe.
Unaware of Janelle’s maternal-line powers, the couple time-travel to 14th century England, where they meet Richard’s ancestors - and discover some startling truths about his aristocratic family.
Logan Conor, the Scots Duke of Muileach, crashes Richard and Janelle’s wedding, bent on revenge, but finds his own true love instead.
On their wedding trip, a madman attempts to kidnap Janelle - twice.
Later, Richard unknowingly betrays Janelle who strands him in England. Richard finally arrives home, but fate separates them again – and he misses the birth of his son. Will they ever make a life together?+
Filled with unexpected twists and turns, their love story spans two continents, and hundreds of years. But, can their love survive their very different backgrounds and the endless obstacles life throws at them? 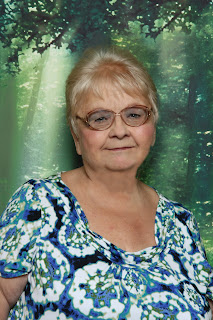 Dayna Leigh Cheser – Biography
Writing ‘runs in the family.’ My mother is a multi-published non-fiction author, and my two brothers make a living writing, one as a newspaperman, the other as a copywriter. My sister edits her church newsletter.
My father was a school teacher/reading specialist (later an elementary school principal) when I was little. During story-time one night when I was about four years old, I stopped him and asked how he said the same thing every time he read that story to me. That night, he started teaching me to read. It began a life-long love affair between books and me – for that, I am grateful.
In junior high, I wrote short stories to entertain classmates. In high school, one English assignment was to write my autobiography. In the teacher-specified chapter entitled ‘Future Plans,’ being a published writer topped the list.
After a college professor told me I ‘couldn’t write my way out of a paper bag,’ I stopped writing for many years. Then, in the late 1970s, I wrote an article for “World Radio News” (San Diego, CA) about our amateur radio club providing communications for a March of Dimes Walkathon. The ‘WRN’ editor used my article word-for-word.

In early 2002, between jobs and wanting to write, I sought a third-shift position and used the ‘free time’ to write what became ‘Janelle’s Time.’ When it was complete, I shelved it. In 2009, the WIP came off the shelf. By August 2011, it was ready – at last - for submission.

In 2009, I started a Twitter account, @Writers_Cafe. I feel as if I’ve earned a degree in ‘book publishing’ since then! You can learn so much from over 14,000 followers.
I penned an article about @RileyCarney, a Colorado teen, and very prolific YA fantasy author, who heads her own non-profit literacy project. Never officially published, countless people have seen it, thanks to Twitter retweets and some carefully chosen email inboxes.

On New Year’s Day, 2010, I went ‘live’ with my blog. It has evolved into a combination of chronicling my writing journey and hopefully helpful posts on publishing industry topics.
In the fall of 2011, I added ‘DIY Interviews’ to my blog (see the left column of my blog for details on doing your own interview). Several authors have submitted ‘interviews’ to date.
Janelle’s Time is Book 1 of my TIME Series. Book 2, ‘Moria’s Time’ was my NaNoWriMo project for 2011. I reached 51,000 words on November 26! Now, I have to finish that book, and three more in the series: ‘Adelle’s Time,’ ‘Logan’s Time,’ and ‘Clarissa’s Time.’

Moving into 2012, I’m very excited about the release of ‘Janelle’s Time.’ It’s the culmination of a life-long dream – and is only the beginning of my retirement career. I’m working on “Moria’s Time,” book 2 of the Time Series.
My husband, Pete, and I have been married over forty-three years – no children. We lived in Massachusetts for thirteen years, and then moved to New Hampshire for eleven years. In 1992, we moved to Florida.

Today we will include a sample chapter from the book, tomorrow, my review and a character interview.

SAMPLE CHAPTER
Chapter Nine – The Wedding, June 25, 1831
At the top of the stairs, Richard’s brothers and father waited. Janelle had asked Damian to give her away, a duty he was delighted to assume. As Janelle approached, the men smiled their approval. Each in turn hugged her and kissed both her cheeks in the European fashion. Janelle blushed prettily.
Next, her sisters, brothers, and in-laws stepped forward, each wanting to give her their love and best wishes. Sarah handed her the bouquet of wine-red and ivory roses. Finally, Maura smoothed the veil over her head.
In the festively decorated, candle-lit hall below, Janelle could see neighbors, friends, and relatives milling around, talking in subdued voices. The minister’s wife, Pearl Hopkins, started playing the piano, and the guests took their seats. Once everyone was seated, she started playing their chosen wedding song, Jesu, Joy of Man’s Desiring. Damian took Janelle’s hand and placed it on his right arm. Maura, dressed in a wine-colored gown of fine linen adorned with ivory ribbons, took his left arm. With Richard’s brothers and Janelle’s siblings leading the way, they descended the wide staircase. The guests turned and collectively exclaimed their surprise—stunned at the exquisite bride. It was Janelle’s moment. Head high, she found Richard, right where he should be, waiting for her on the raised platform. Anthony, serving as best man, stood by his side. Sarah, dressed similarly to Maura, and carrying a bouquet of ivory roses, stood opposite him as matron of honor.
Richard was wearing black top hat, which, on someone so tall, looked a bit odd to her. His black velvet pants and low dress boots encased his legs and feet snugly. One of his two concessions to the wedding was an ivory shirt of the same material as her dress, rather than his usual white. The other concession was a black velvet tailcoat instead of his usual waistcoat. Janelle smiled as her heart swelled.
After a short pause to seat Maura in the front row next to Lady Susannah, Damian escorted Janelle up the two steps, then removed her hand from his arm. Leaning over, he kissed her hand gallantly, then placed it into Richard’s before turning to take his seat beside his wife. Though he would later deny it, there were tears of joy in his eyes as he watched his youngest son marry.
“Dearly beloved,” Reverend Hopkins began, “we are gathered here ...”
The minister droned on. Richard looked into Janelle’s eyes and saw only love. She looked into his and saw the same. With a small sigh, Janelle gave herself over to Richard forever.
“... speak now or forever hold your peace.” The minister recited the familiar words. He paused, though certain there’d be no objection.
“Damn right, I object.” Everyone turned toward the deep voice that shouted from the back of the gathering.

The body attached to the voice stood up, prompting a gasp from the audience. At six feet, eight inches tall, with broad shoulders and bulging muscles, he looked positively dangerous. He had fiery red hair, and deep blue eyes—that blazed with his obvious anger.
Richard stared in disbelief. Logan Conor, the Scots Duke of Muileach, looked none too happy. Richard groaned. Why this? Why today? I haven’t given a thought to Logan in years.
Janelle, hearing Richard’s groan, glared at him. “You know this man?” she hissed. “How dare he disrupt our wedding?”
Mobilized, Janelle gathered her skirts and marched to the stranger with Richard at her side. As she approached the uninvited guest, she somehow knew he was the threat to Richard she’d dreamed about during her recent illness. While she hadn’t seen his likeness in her dream, she knew he was the one. She could feel the menace in the man.
Standing this close to the stranger, she nearly lost her nerve, but was determined to oust him. She also had to protect Richard. She turned to tell him but, before she could speak, he took her arm, pulling her back. He whispered, “Nay, sweeting. ’Tis not your fight. Logan and I are old friends.”
Logan heard the comment. “Friends, the man says,” he shouted in his strong Scots accent. “Some might say, mayhaps, but I dunno call Richard of Devonwood ‘friend’.”
“Richard, listen to me. This man is the man from my dreams, the one who was after you.”
“Logan? After me? Ha. Indeed, my love. I suspect he’s been after me for years—ever since Paris.” Laughing, he pushed Janelle behind him. “Let me deal with him. It’s a misunderstanding, that’s all.”
Richard’s father and brothers, along with Janelle’s brothers and brothers-in-law, circled around Logan. Guests seated nearby scrambled to put distance between themselves and the enraged man.
Janelle found herself squeezed out of the circle. Maura snatched her arm and dragged her from the hall, mounting the stairs at a pace that surprised Janelle.
In her room, Janelle shook free and turned to the door, but Maura stood barring her way.
“That man—Logan—he’s the man who was after Richard in my dreams. I didn’t actually see him in my dream, but I know he’s the one. I warned Richard, but he laughed and told me he’d deal with Logan. Then he pushed me out of the way. Richard’s in danger. I must go to him.”
“No, my dear. You’ll stay right here. The men will tend to the situation with that uninvited guest. Don’t worry.” Maura was not about to let Janelle go back to the hall until it was safe to do so.
“Maura!”
“Nay, Janelle. You’ll not change my mind, no matter what you say. The family men are there, and there are dozens of other men in the hall. The stranger will harm no one, of that I am certain.”
Finally, Janelle conceded she’d have to wait the situation out in safety. Richard obviously knew the man, so he should be the one to deal with him. Still, the stranger looked menacing. She sat on the edge of the bed, shredding her lace handkerchief.

I Love, love, love this chapter.  The wedding chapter is just amazing.  In fact, the entire book is incredible.  Stay tuned...tomorrow is my review, a character interview and more, much more!!!!