about the book:
A highly original and provocative imagining of the life of the Christian and cultural icon Mary—from one of today’s most “immensely gifted and accomplished” (The Washington Post) novelists.
Provocative, haunting, and indelible, Colm TÓibÍn’s portrait of Mary presents her as a solitary older woman still seeking to understand the events that become the narrative of the New Testament and the foundation of Christianity.

In the ancient town of Ephesus, Mary lives alone, years after her son's crucifixion. She has no interest in collaborating with the authors of the Gospel—her keepers, who provide her with food and shelter and visit her regularly. She does not agree that her son is the Son of God; nor that his death was “worth it;” nor that the “group of misfits he gathered around him, men who could not look a woman in the eye,” were holy disciples. Mary judges herself ruthlessly (she did not stay at the foot of the Cross until her son died—she fled, to save herself), and is equally harsh on her judgment of others. This woman who we know from centuries of paintings and scripture as the docile, loving, silent, long-suffering, obedient, worshipful mother of Christ becomes, in Toibin’s searing evocation, a tragic heroine with the relentless eloquence of Electra or Medea or Antigone. This tour de force of imagination and language is a portrait so vivid and convincing that our image of Mary will be forever transformed.

Powerful story.  I've often thought of Mary as perfection itself.  This work portrays her as human, with all our human foibles.  She is harshly critical of both herself and others, referring to the followers of her son as 'misfits'.

I was fascinated to read a story from Mary's own viewpoint.  She is tired of remembering, and has to live with the consequences of her actions.

Does she think her son's death was 'worth it'? Did she remain at the cross until the very end? Does she think fondly of her son's friends?  You'll just have to read this book to find out.  I give it 5 stars for originality, style and character development. (or in keeping with my new rating system, 5 cups of tea...in fact, this book was so good it's our newest addition to the beyond 5 club) 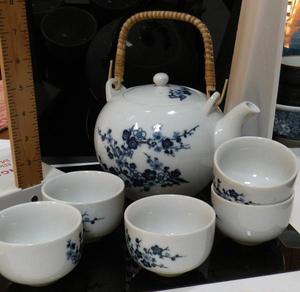